We're encouraged by the many democracy votes going the voters' way this past week, but the upcoming week has key tests of the resolutions for the overturning of Citizens United, lobbying reform, voting rights, and Open Democracy Action's highest priority, SB 304, the Voter-Owned Elections Act.

SB 304, the Voter-Owned Elections Act, will finally be heard in the NH Senate Election Law and Municipal Affairs Committee this Wednesday, March 6, at 9 a.m. The vote will be close, as swing votes Senators Morgan and Sherman consider their commitment to elections free of campaign finance influence. As we have discussed in past issues of the New Hampshire Democracy Report, SB 304 affects only the races for governor and Executive Council initially for 2022. Under the bill, voters are mailed four $25 Voter Dollar certificates, which voters may direct to candidates who restrict other donations to $250. Successful public financing programs are run in Maine and 11 other states around the U.S.

Time is short, so calls to the Senate Election and Municipal Affairs Committee members are needed Sunday, Monday & Tuesday, and attendance at Wednesday's hearing is urgently needed. 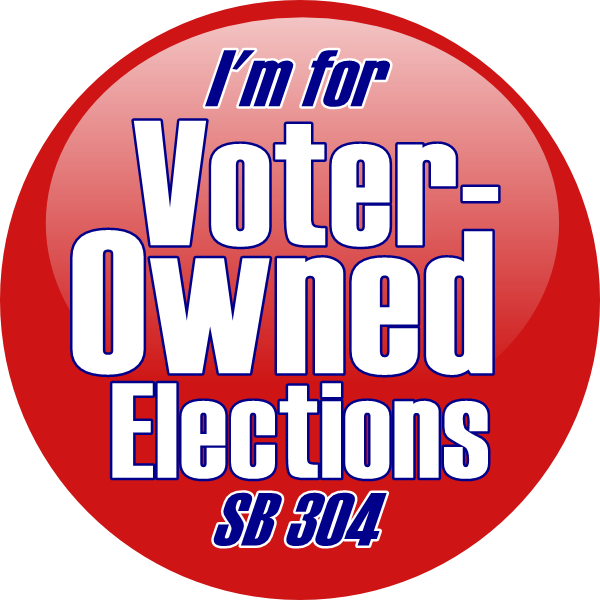 A strong House Elections Law committee endorsement propelled a convincing win for HB 706, though CACR 9, a NH Constitutional amendment making the commission permanent, was retained in committee for the moment. HB 706 passed the House 218-123 on a bipartisan vote on Thursday, clearing another hurdle. Opponents argued that it was the legislature's responsibility to redistrict under the state constitution, but the majority disagreed. The bill's next stop is the Finance committee, where the bill needs estimates for operational funding to do its work. While it has to pass through the House Finance committee, the cost for the commission is limited and is expected to pass though committee.

10:00 a.m. Work session, followed by an executive session on HB 408-L, relative to postponement of town meetings and local elections.

10:30 a.m. SB 206 would prevent public utilities from passing on to customers some of their costs for lobbying and other political activity. Supported by ODA

- SB 7 , which allows citizens to register to vote when registering their car with the Town Clerk. Supported by ODA

- SB 8, the Senate's own version of the nonpartisan redistricting commission. Unlike the House version, the commission is limited to seven members, four members who are not legislators, party leaders, lobbyists or their families. These are appointed by the president of the Senate, the Speaker of the House, and the House and Senate minority leaders. Those members choose the remaining three. Supported by ODA

11:00 a.m. SB 158, relative to town and city membership in a nonprofit, nonpartisan organization and prohibiting recipients of municipal or county funds from using such funds for lobbying.

Next sessions for the full NH Senate and full NH House, 10 AM. There are several democracy-related bills being acted on in the session.

OTP = Ought to Pass
ITL = Inexpedient to Legislate

HB 315 In a strong 20-0 statement, the House Election Law committee voted to not allow the NH Secretary of State to share New Hampshire voter data with the controversial Interstate Voter Registration Crosscheck Program. The IVRC is a multi-state initiative started in 2005 to curtail dual voting in states. The program's database has shown to provide inaccurate returns (some reports show as much as 75% to 90% of the time). Eight states have already pulled out of the program.. Supported by ODA through its allies. Recommend OTP with roll call vote.

HB531 OTP in House Election Law committee, with a 20-0 OTP vote. This bill defines who may act as a “delivery agent,” and permits unrelated caregivers to deliver absentee ballots on behalf of voters who reside in nursing homes or assisted living facilities. Supported by ODA through its allies. Recommend OTP with a voice vote.

HB 593 clarifies what steps must be taken for a NH voter who dies out-of-state to be removed from the voter rolls.

CACR 5, relating to the right to vote. Providing that 17 year olds who will be eligible to vote in the general election be permitted to vote on that election’s primary election. Almost half of the other US states, including Maine and Vermont, do allow 17-year-olds to vote in primaries if they will be 18 by the time of the general election. Passed OTP in Election Law, 16-3. Supported by ODA through its allies. Recommend OTP with a voice vote.

CACR 6, relating to elections. Elections Law voted 12-7 in support of this bill. A major change for New Hampshire voting, the constitutional amendment CACR 6 allows a voter to vote by absentee without having to provide an excuse, a practice adopted in 28 other dates. Opponents argued that since NH voters participate in higher numbers than many other states, there was no need to introduce the potential for ballot fraud. HB 611, similar to CACR 6, but not affecting the NH Constitution, was voted OTP by a similar margin, 12-8, and will also be voted on during this week's full House session .

HB 105, relative to domicile residency, voter registration, and investigation of voter verification. HB 105 is an attempt to reform last year's HB 372, which put layers of requirements for medium-term residents in order to vote, particularly for students at NH universities and locally-posted military personnel. The Elections Law committee voted 20-0 OTP with amendment. Supported by ODA through its allies. Recommend OTP with a voice vote.

HB 106, relative to the terms “resident,” “inhabitant,” “residence,”and“residency.” The definition of “residence” was narrowed in the 2018 HB1264 law. HB106 restores the original language of “for the indefinite future” referring to the principal place of residence. The vote broke along party lines, 12-8. Supported by ODA through its allies. Recommend OTP with a voice vote.

HB 202, relative to requirements for presidential primary candidates. ITL, 19-0. The Election Law committee did not agree that candidates registering for the NH Primary should disclose their tax returns. The committee felt that such a requirement was not in keeping with the spirit of a “competitive and participatory primary. A related bill, HB 440 was also voted ITL. 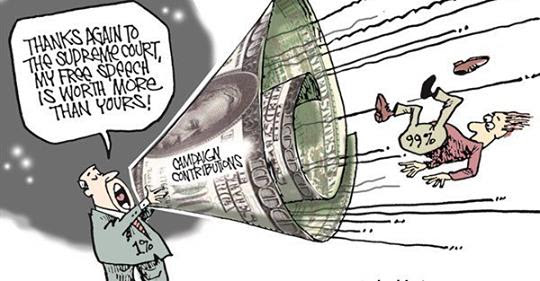 HB 504, Unlike the resolution HCR 5,which directs our Congressional delegation to take action on overturning Citizens United but can't be ratified by the NH Senate, HB 504 requires specific U.S. Constitutional amendment language, assembles a state committee to hear input from the public, and requires that redistricting not favor one political party over another. The bill passed out of the Legislative Administration committee OTP with a vote of 8-6. Rep. Tim Smith, for the majority, wrote, “This bill recognizes that the influence of money and gerrymandering have increasingly become highly corrupting factors in our political system – nationally, and locally – and calls on Congress to pass Constitutional amendments to help resolve these issues. The bill also calls for the General Court to hold a public hearing on the topic, so that we may directly hear from the public on this matter. The majority recognizes the extreme importance and urgency of these issues, and that holding a public hearing will help restore the public trust in our legislature.” Supported by ODA. Recommend an OTP with roll call vote.

HCR 5 Resolution to Overturn Citizens United, was recently heard in the House State-Federal Relations & Veterans Affairs committee, and has since passed OTP in an 11-7 vote. As noted above, this resolution instructs our Congressional delegation to support a Constitutional amendment overturning the Citizens United decision. Open Democracy Action's Executive Director Olivia Zink testified during the hearing: “96% of Americans believe that unlimited big money has a corrupting and undue influence over our political process. Republicans, Democrats, Independents, most people that we've talked to, do not look at this issue as being right/left or liberal vs. conservative, but rather as a move to put 'We the People' back in charge of our democracy and large, moneyed interests out.”

The majority, written by Rep. Ryan Buchanan, noted: “The majority agrees that corporations are not people, and believes that the ruling in the Citizens United case needs to be reversed to restore and protect the rights of the people of the United States of America. It is far-fetched to conflate cor- porations with the individual. To give the rights of a person to a legal entity undermines the fabric of our nation, and weakens the democracy it was built upon.” The minority's Rep. Al Baldasaro supported the U.S. Supreme Court's Citizens United decision, arguing that “paid speech must be protected.” Supported by ODA, Recommend OTP with a voice vote.

OTP = Ought to Pass

HB 152, increasing the threshold for reporting by political committees. In a 12-7 vote, the Election Law committee recommended ITL on raising the the ceiling for reporting campaign donations from $25 to $100. Open Democracy Action, which testified against this bill in committee, argued that this change would have the effect of reducing transparency. The committee agreed, with Rep. Paul Bergeron commenting “that New Hampshire citizens “have the right to know who is funding their elections.” In a division vote of 197 to 124, the full house concurred with committee . OPPOSED by ODA.

HB 345, relative to certification of devices for the electronic counting of ballots. A strong 20-0 vote for a bill which establishes rules for Ballot Law Commission review of older ballot counting devices. The bill was supported by the NH City and Town Clerks Association and the NH Municipal Association. The bill passed the full house with a voice vote and goes to the Senate. Supported by ODA through its allies. Recommend OTP with a voice vote.

HB 535, relating to early voting for persons aged 60 or older. ITL, 20-0 The Election Law committee did not agree that special consideration be given for early voting for voters 60 and older, and cited implementation issues. The full house agreed to the ITL in a voice vote on February 27.

HB 588, relative to presidential nominations. On the recommendation of the Ballot Law Commission, the committee approved 20-0 language in existing law giving the ability of a candidate not recognized by a party to register for the primary under that party. Approved in the full House on a voice vote, and now goes to the senate.

HB 651, allowing the use of campaign funds for child care expenses. OTP WITH AMENDMENT, 20-0 in committee. Rep. William Pearson for Election Law. “This bill makes NH law congruent with the Federal Election Commission Advisory Opinions by allowing candidates for public office to use their campaign contributions for childcare expenses.” The Election Law Committee recognizes the immense burdens candidates for public office must overcome in New Hampshire and sees this bill as ameliorating some of those difficulties. The House upheld the OTPA with a voice vote on Feb. 27.

Make this “I'm for Voter-Owned Elections” graphic your Facebook profile picture, and help us get out the word about the Voter-Owned Elections Act. Save this image to your hard drive and upload it to your profile, adjusting the cropping of the image. Poof! You reach your friends every time you post something! And take the extra step of SHARING the graphic on your news feed, so others can download it! Share the Democracy!