Fight gerrymandering this week in Concord 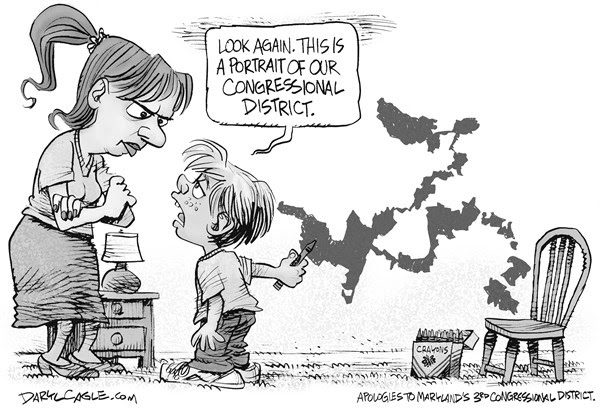 Why is fair redistricting important? In the past, both major parties have tried manufacture district that benefit their majority. Such manipulation benefits incumbents, even if the demographics change in an area. A balanced, nonpartisan redistricting would redraw lines which reflect the wishes voters in that area, not the wishes of who is in charge at the moment.

While the last redistricting in 2010 was challenged with numerous lawsuits, and was created by a partisan group formed by the then speaker, this proposed legislation creates a framework for a truly nonpartisan commission, with the constitutional amendment CACR 9 enshrining the commission permanently.

Please attend the hearing on HB706 Tuesday afternoon, Jan. 29, 2 p.m. room 308, LOB and show legislators that New Hampshire cares about fairness and representation that reflects the geographic area. Check out this great video from our allies at Represent.US on gerrymandering.

Wow! Almost 60 legislators and supporters attended last Thursday's luncheon at St. Paul's. If you missed it, see Granny D's message to legislators about public financing in this video. Thanks to Senator Martha Hennessey who introduced the Voter-Owned Elections Act bill via video, and to Rep. Marjorie Porter, who read Governor Chris Sununu's proclamation of “Doris 'Granny D' Haddock day on Jan. 24. We have important information about Voter-Owned Elections Act here, where you'll see download links at the bottom of the page.

10:30 a.m. HB 531, relative to the delivery of absentee ballots cast by elderly or disabled citizens.

2:00 p.m. HB 706, establishing an independent redistricting commission. This extensive & complicated bill lays out a plan for a commission

to convene every 10 years, comprised of selected citizens who are not highly political. It excludes political party leaders, lobbyists, big donors, but does have equal numbers of the two largest parties (1/3 + 1/3), as well as an equal share of smaller parties and independents (1/3). Similar to a jury selection process, it begins with a pool of 60 commission candidates, then is whittled down to 15, while maintaining the same 1/3 ratios. Should the redistricting plans fail to be adopted by the House & Senate, the NH Supreme Court would intervene. Bill sponsors include Rep. Marjorie Smith, Sen. Martha Fuller Clark, Rep. Marjorie Porter, Rep. Paul Berch, Rep. David Danielson, Rep. Karen Ebel, Rep. Edward Gordon, Rep. Jerry Knirk, and Sen. Shannon Chandley. Supported by ODA - Attend the hearing or call your legislators.

10:30 a.m. Subcommittee work session on HB 486 , relative to department of corrections procedures concerning the requirement for restoration of the voting rights of felons.

9:00 a.m. SB 44, relative to election procedures, delivery of ballots, and assents to candidacy.

HB 297, relative to political advertisements on behalf of political committees or advocacy organizations. Supported by ODA, recommend OTP with a roll call vote.

In addition to the CACR 9, the two most important bills heard last week were regarding the Overturning of Citizens United, HB 504 and HCR 5. Turnout to support these bills was excellent – THANK YOU! For HB 504, Open Democracy's co-chair, Rick Bourdon, testified about his message to the Lyme town meeting: "The voice vote that followed was overwhelmingly in favor of the warrant article. I counted maybe two, no more that three dissenters among the 160 or so people in the room. There was no doubt then, and certainly not today, that the people in my town despise Citizens United. It's time for the New Hampshire Legislature to be on record in support of that sentiment. I urge the Committee to pass HB 504, a bill that would do just that.”

For HCR 5, Open Democracy's executive director Olivia Zink channeled former U.S. Senator Warren Rudman: "Supreme Court opinion notwithstanding, corporations are not defined as people under the Constitution; and free speech can hardly be called free when only the rich are heard," Rudman said. Said Zink, “This call for a Constitutional Amendment is about free speech, every voice being heard equally. Let's restore our Constitutional rights and start the process of getting BIG MONEY out of our elections and BIG IDEAS back in. Please vote "OTP" on HCR 5.”

Neither bill is scheduled for executive session this week.

OUR TOP PRIORITY THIS SESSION

While LSR 882 language still has not been posted to the legislature's website, posted the version submitted as the LSR is here.

This bill uses public “Voter Dollars” to fund qualified candidates who agree to a cap of $250 donations from private donors. Voters will be able to direct their four $25 Voter Dollars certificates to the qualified state candidates of their choice. The first step proposes using Voter Dollars for the governor and executive council races in 2022. Such a system reduces the influence of affluent donors who may or may not represent special interests. Expect hearings on this bill in early February.