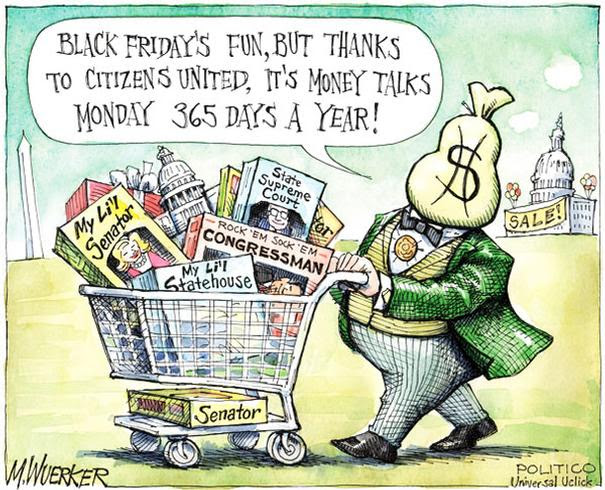 It took 8 years, 11 bills, and the efforts of hundreds of dedicated legislators and volunteer activists to get a bill to the governor's desk to neuter the Citizens United decision. If it passes the NH Senate on Thursday and is signed into law, HB 504 would direct our congressional delegation to call for a U.S. Constitutional amendment to address money in politics and gerrymandering.

It would make our state the 20th to call for an amendment to the U.S. Constitution to end Citizens United. The bill is short and somewhat general, but voices what many voters feel should be done:

“AN ACT relative to election-related amendments to the United States Constitution.

Be it Enacted by the Senate and House of Representatives in General Court convened:

1  Amendment to the United States Constitution.

I.  The general court hereby calls upon the United States Congress to support a constitutional amendment containing the following language:

"Section I.  Congress and State Legislatures shall regulate the role of money in elections and governance to ensure transparency, prevent corruption, and protect against the buying of access to or influence over representatives.  No such regulation shall be deemed in violation of freedom of speech rights in the Constitution of the United States or its Amendments.

Section II.  Legislative districts or districting plans shall not intentionally or unduly favor or disfavor any political party.  Within twelve months of ratification, all federal and state district lines shall be redrawn to conform hereto."

2  Effective Date.  This act shall take effect 60 days after its passage.”

It's likely that HB 504 will pass with support of Democrats and some courageous, corruption-fighting Republicans. But it has little support from Republicans like Rep. Al Baldasaro in the NH House or the Senate, who attempted to table the bill on “violation of free speech” grounds on the House floor.

For many party leaders and politicians on both sides--and the donors who fund them--money equals political power. The loss of that power means they have fewer ways to win the election and stay in power. It takes a lot of money to get elected governor or U.S. Senator. They'll let go of unlimited campaign money when it's pried out of their cold dead hands.

Voters in 82 communities have already shouted to the legislature and governor by passing petitioned warrant articles calling for a U.S. Constitutional amendment to overturn Citizens United. Many of those legislators are listening, with more Democracy bills in the session than in any legislature in a decade.

Have you called or written to your representatives, your senator, or the Governor?

We CAN do this. The time is NOW! 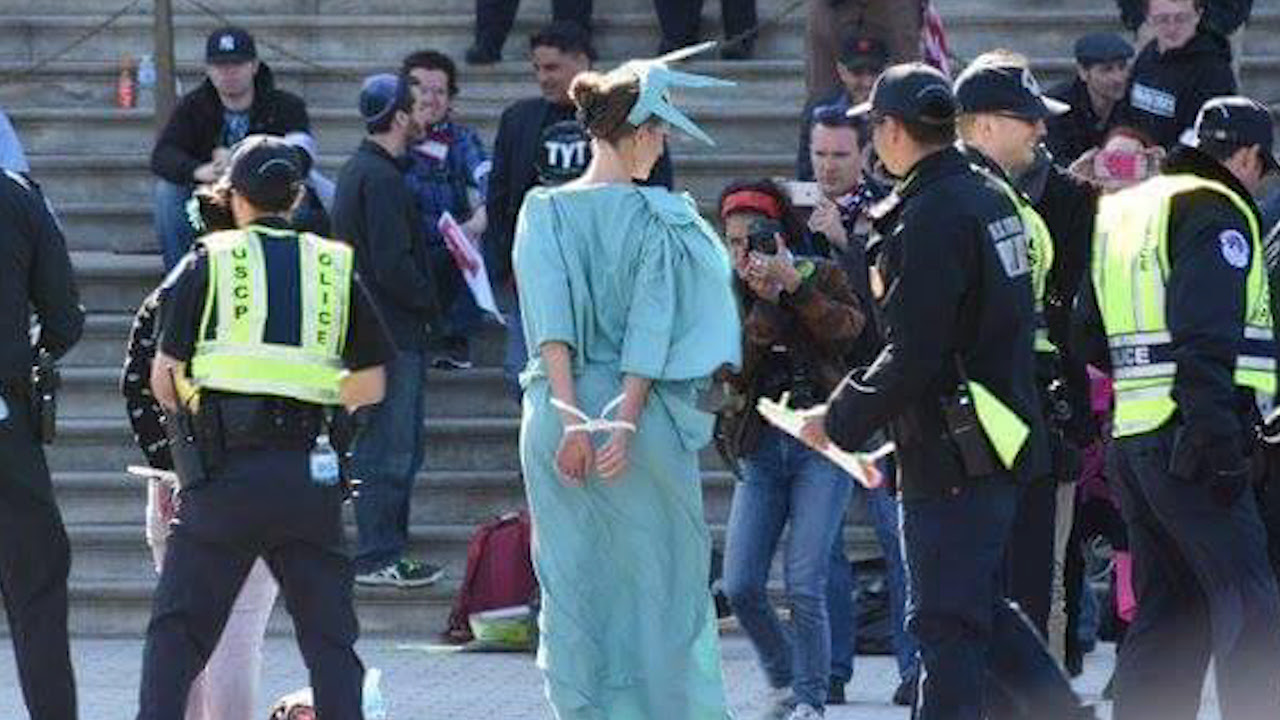 04 legislation calls on the U.S. Congress to support a constitutional amendment which allows Congress and state legislators to regulate money in elections and lobbying, and to require nonpartisan redistricting of voting districts, doing away with gerrymandering. It also calls for a public hearing about the amendment. Supported by ODA

Last week's New Hampshire Democracy Report mentioned that we were inches from the Governor's desk with the HB 706 independent redistricting bill. Because the amendment to the bill took place in the Senate, the bill had to return to the House for concurrence.  At the discretion of the originating committee's chair, it can either go directly to the House floor, or go though the originating committee first. Due to the extent of the amendment, it is returning on June 11 to the House Elections Law Committee, then will be brought to the House floor on June 13. It's not too late to write a letter, an email, or a letter to the editor, or make a phone call to your NH House Representatives and Governor Sununu. Supported by ODA.

Will the Sleazy Dark Money LLC Loophole be Closed? SB 156 Vote Wednesday on the House Floor

Big money donors use LLCs to work around the limits to individual campaign donations. Creating an LLC allows a donor or group of donors to give anonymously to the LLC in unlimited amounts, but the only name that reported to the Secretary of State is “The Freedom & Justice Alliance,” for an example. Because of Citizens United, amounts can't be limited, but SB 156 seeks to make those donations public information, including both the name of the donor (or partner in the LLC) and the amount of money contributed from that donor. Opponents to this bill are arguing that this disclosure would scare off business coming into New Hampshire, and votes for this bill have been along mostly party lines in the Senate and in House Election Law. The full House votes this Wednesday after 1 p.m., or possibly Thursday after 10 a.m. Supported by ODA. 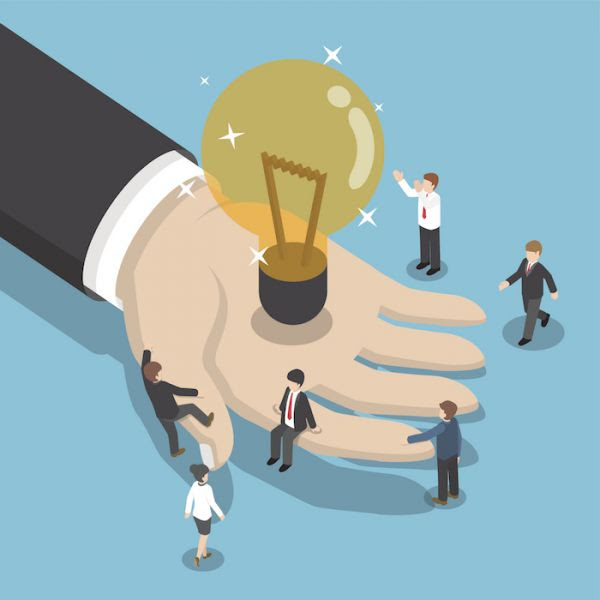 House Likely to Endorse Ban of Ratepayer Money for Lobbying

SB 206 would prevent public utilities from passing on to customers some of their costs for lobbying and other political activity. In sending the bill on to the House, the vote was 24-0 in the Senate, and the House Election Law committee concurred, endorsing it 18-0 in a nonpartisan vote, but the bill won only by a 10-9 margin in the House Science, Technology and Energy committee. Supported by ODA

SB 105 cleared House Election Law with a 20-0 ought to pass recommendation, and has been added to the House “consent” calendar, all but assuring its passage. The bill tightens regulations for donors to inaugural committees, limiting maximum donations to $10,000, and requires receipts for money dispersed to family members – a response to questionable payments made to Governor Sununu's family members and campaign insiders. As a consent calendar bill, it come up Wednesday, shortly after lunch.

Action on other bills from last week's sessions:

HB 531, a bill permitting unrelated caregivers to deliver absentee ballots on behalf of voters who reside in nursing homes or assisted living facilities as well as those who are being cared for at home, passed on a voice vote in the Senate.

HB 315 was amended during the process to allow the Secretary of State to participate in a database to identify voting fraud, but puts safeguards in place for use of voter data. The bill definitively pulls New Hampshire out of the infamous Interstate Voter Registration Crosscheck program and its notorious inaccuracies and use for voter suppression. Just like it's vote in committee, the full Senate vote passed along party lines, 14-10.

Another voting rights bill, HB 611 passed along party lines as well, 13-11. The bill allows voters to vote by absentee ballot, no matter the reason. Current law restricts the circumstances under which an absentee ballot can be cast. Senate President Donna Soucy was the lone Democrat to vote against the bill.

The Senate passed HB 651, which would allow the use of campaign funds for child care expenses, 15-9. The bill was amended but was recommended 20-0 in House Election Law, and passed the House on a voice vote.

With the term winding down, this appears to be one of the last democracy-related committee meetings for the summer, but no less an important one. Note that it's a work session, not a hearing, and will include a review and hopefully an endorsement of the amended HB 706.

There are no hearings on Democracy bills in the New Hampshire Senate this week.

This week, the Senate consider:

HB 106, restores many of the provisions on voting for students and medium-term workers rolled back in last year's SB 3. Supported by ODA through its allies.

HB 504, proposes a U.S. Constitutional amendment to allow the regulating money in politics and requires fair redistricting. Supported by ODA through its allies.

The House will vote on these Democracy bills this Wednesday or Thursday, June 5 or 6:

SB 66, bars candidates for the offices of Secretary of State, State Treasurer and any office voted upon by the New Hampshire General Court from making a political contribution to anyone running for public office.

SB 156 closes the LLC Loophole, making donors and partners to LLCs disclose the amounts and identities to the state in an attempt to shine a light on dark money. Supported by ODA. HB 706 should be in the Governor's hands June 13. Send a postal letter now and ask him to sign HB 706! Remind him that in the big picture, both parties benefit from a level playing field, and more importantly, New Hampshire voters benefit from having sensible representation, not gerrymandering.