But in the immortal words of Han Solo, “Great, Kid. Don't get cocky!”

There are forces at work to derail what the voters want, so we must keep the pressure on. The Governor has shown skepticism on most Democracy legislation this term. Recent votes on the Dark Money-fighting SB 156, would indicate that some legislators want to continue anonymous donations of unknown amounts, and party leaders may be whipping their caucus members to support such votes.

The amended HB 706 nonpartisan redistricting commission passed through the Senate Election Law & Municipal Affairs committee with a 5-0 Ought to Pass vote last Thursday, and is scheduled for its full Senate vote in this Thursday's session, 10 AM, May 23. We encourage voters to attend.

As we reported last week, the bill was amended to allay the fears of legislators who thought the original version would violate the NH Constitution. Although the bill is not on the session's consent calendar, it is expected to pass and be sent back to the House to confirm the amended bill. If approved, the bill goes to Governor Sununu. Governor Sununu had said earlier in the term that he felt the current system was adequate, but signaled last week that he would consider the bill, but making no promises to sign it. Supported by ODA. Recommend roll call vote.

House Election Law gave the LLC Loophole an Ought to to Pass recommendation with a 12-8 vote, but it's clear that some legislators still want to 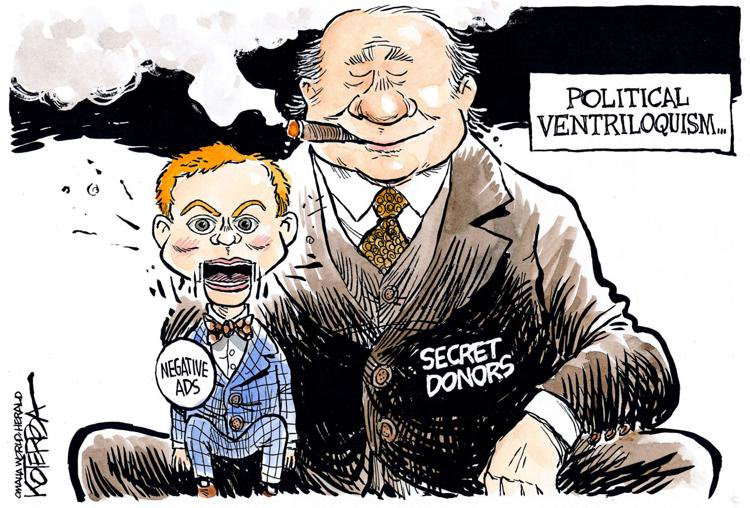 keep the source and amounts of Dark Money a secret from the voters.

SB 156 would force donors using a limited liability corporation to make campaign donations to disclose who is making the donation and how much. Open Democracy Action testified for the bill in both the House and Senate, and SB 156 passed the Senate by a 13-11 margin. We expect SB 156 to come before the full House next week. Supported by ODA

SB 206 would prevent public utilities from passing on to customers some of their costs for lobbying and other political activity. In sending the bill on to the House, the vote was 24-0 in the Senate, and the House Election Law committee concurred, endorsing it 18-0 in a nonpartisan vote, so the 10-9 vote was a surprise. One Democrat, Jackie Cali-Pitts, joined all Republicans in opposing the bill. A lobbyist from Eversource Energy testified after Open Democracy Executive Director Olivia Zink cited recent lobbying expenditures, using Eversource as an example. Supported by ODA -

Echoing the strong message sent by the NH Senate, SB 105 cleared House Election Law with a 20-0 ought to pass recommendation. The bill tightens regulations for donors to inaugural committees, limiting maximum donations to $10,000, and requires receipts for money dispersed to family members – a response to questionable payments made to Governor Sununu's family members and campaign insiders.

The specter of new legislation hasn't slowed down money flowing into the Governor's inaugural coffers, however. Since the 2018 election, New Hampshire Public Radio reports that an additional $250,000 has been raised for the inaugural committee, $160,000 of which comes from political action committees and businesses. That list includes Bank of America, Pfizer, Uber, Reynolds American tobacco, Unitil, and Eastern Propane Gas, Inc. each of which gave $10,000, according to NHPR's review of the committee's filing. 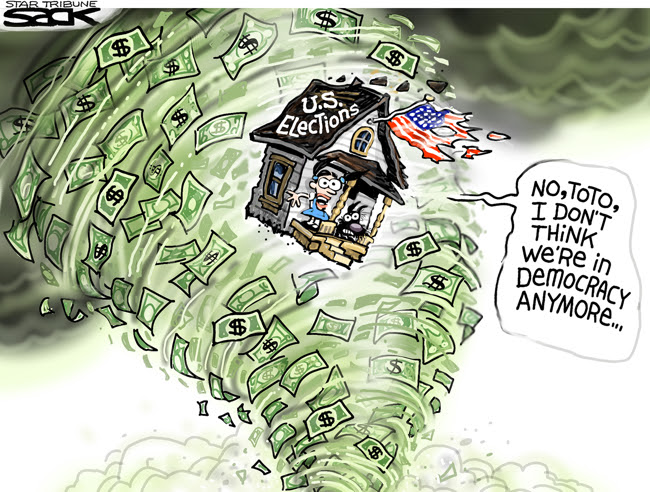 After a unanimous vote in the full senate, and a 20-0 vote in House Election Law, SB 106 now goes to the full House this Wednesday. SB 106 sets an amount of $2500 of political communications as the threshold when organizations need to register and disclose those expenditures with the Secretary of State's office. Supported by ODA. Recommend roll call vote.

HB 504 legislation calls on the U.S. Congress to support a constitutional amendment which allows Congress and state legislators to regulate money in elections and lobbying, and to require nonpartisan redistricting of voting districts, doing away with gerrymandering. It also calls for a public hearing about the amendment. The executive session vote in the Senate Election Law and Municipal Affairs committee will be held Wednesday, May 22, beginning at 10 a.m., Rm 102 of the Legislative Office Building (LOB). Supported by ODA.

10:00 a.m. EXECUTIVE SESSION ON PENDING LEGISLATION -- We expect HB 504 to be voted on during this executive session.

As the 2019 session winds down, several Democracy bills will be acted on this week. The Senate meets Thursday, May 23 at 10 a.m. in Senate chambers.

HB 588, relative to presidential nominations. This bill will amend the declaration of candidacy form for presidential primary candidates. It will add one line that will make the New Hampshire form consistent with what the federal constitution requires. Ought to Pass, Vote 5-0.

HB 593, relative to updating official voter checklists. Outlines procedures that supervisors of the checklist must follow when they receive informal reports that a voter has died or has changed address. It will add to statute what is currently standard operating procedure. The amendment was requested by the Secretary of State and will make domicile information collected by the Secretary of State’s office exempt from the Right to Know law.

HB 105-FN, relative to domicile residency, voter registration, and investigation of voter verification letters. Committee vote Ought to Pass, 3-2 . Supported by ODA through its allies

HB 651, allowing the use of campaign funds for child care expenses. Ought to Pass with Amendment, Vote 3-2.

The House also meets Thursday, May 23 at 10 a.m. in Representatives Hall, with SB 106 political advocacy bill expected to pass.

SB 104, relative to the postponement of city, town, village, and school district elections. This bill provides the procedures for postponement of town, city, village, and school district elections in the event of a weather or other emergency. The procedures provide the moderator with clear authority and guidance on how to postpone elections without compromising their integrity. This legislation is a melding of SB 104 and HB 408, which was retained by the House Election Law Committee after a lengthy bipartisan effort to address the concerns of the towns and the Secretary of State. The bill is the result of numerous conversations between the Secretary of State’s office, town moderators and the New Hampshire Municipal Association, all of whom reached consensus on the language of the bill.

SB 106, relative to the definition of political advocacy organization.  This bill requires organizations that spend over $2,500 annually on political

advocacy, and that distribute those political communications within 60 days of an election, to register with the Secretary of State. The committee continues to believe that it is important for New Hampshire citizens to know where the political advocacy in their state is coming from and supports this effort to bring more transparency to the process. Vote 20-0. Supported by ODA.

SB 67, relative to the definitions of resident and residency. The effect of this bill is to modify the definition of residency in the NH statutes to enable constitutionally-eligible voters to vote in NH without having to incur financial costs to do so.