No, it's not an April Fool's prank. The New Hampshire Senate moved three Democracy bills forward to the NH House this week! Nonpartisan democracy organizations like Open Democracy Action and its allies didn't get everything they wanted this term, but voters should be pleased with the support from both sides of the New Hampshire State House.

In a 14-10 decision, the Senate approved the SB 8 nonpartisan redistricting commission to go to the House, and the House's version, HB 706, is due in the Senate's chamber the week of April 8.

In last week's discussion of SB 8, we noted that the bill was amended to be very similar to HB 706. ow the focus turns to HB 706, which is expected on the Senate floor in April. HB 706 has a few minor differences, but the bills are comparable. Neither bill enshrines the nonpartisan redistricting commission in the New Hampshire constitution as CACR 9, which was tabled in the House in February.

While it does not stop the flow of campaign donations, the Senate's 13-11 passage of SB 156 would force donors using a limited liability corporation to make campaign donations to disclose who is making the donation and how much. SB 156 continues on to the House. Unfortunately, SB 155, which failed on a voice vote, would have kept corporations from making donations out of general funds (but allowing them under restricted accounts). Both bills supported by ODA

SB 106, which sets an electioneering disclosure threshold, passed 24-0 –- a resounding win that surprised even insiders. The bill clarifies an existing law to require advocacy organizations which spend $2,500 or more in elections to register with the NH Secretary of State. Members of Open Democracy Action's Policy Committee helped to draft the bill and testified for it. Supported by ODA 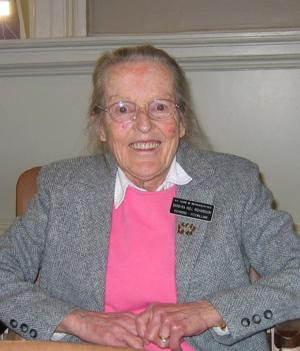 A friend to NH democracy, Barbara Hull Richardson passed away on March 23 at the age of 96. Barbara was a longtime friend to Doris "Granny D" Haddock, and member of PACE, an organization which has helped to keep Granny D's mission alive.

Olivia Zink, Executive Director of Open Democracy, commented on Barbara's contribution to New Hampshire's democracy. “Many were influenced by Granny D but Barbara was the first to take action for democracy reform with a letter to the editor or a call to her legislators. She didn’t let her age, health or anything else stand in the way, she would show up and make her voice heard. She was dedicated, passionate and will be missed,' Zink said.

Writing in the NH House Journal, House Speaker Stephen J. Shurtleff said, “A truly remarkable woman, Barbara was known as 'a rebel without a pause,' passionately representing the Monadnock Region for 18 years in the House. We are grateful for her service in the House and extend our deepest condolences to her friends and family.” 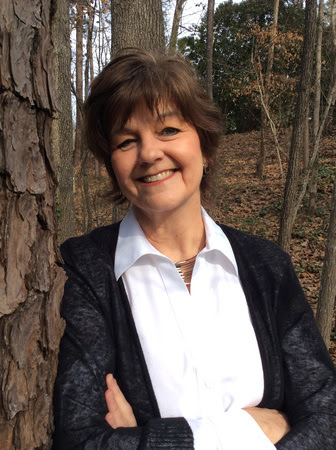 Register now to hear author and professor Nancy MacLean on Friday, April 26, 6 p.m. at the Puritan Back Room in Manchester. Tickets are $60, and proceeds benefit Open Democracy's mission.

Prof. MacLean is the William H. Chafe Professor of History and Public Policy at Duke University and author, most recently, of Democracy in Chains.

Published last June, Democracy in Chains was a finalist for the National Book Award, and the winner of the Lannan Foundation Cultural Freedom Award, the Los Angeles Times Book Award in Current Affairs, and the Lillian Smith Book Award. The Nation magazine named it the “Most Valuable Book”of the year.

Register by April 12 and you'll receive a copy of Democracy in Chains with your registration. 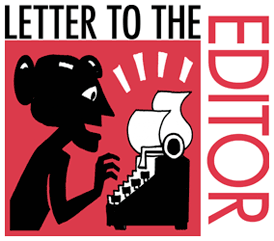 We expect that HB 706 will be before the Senate in mid April. Letters to the editor in your community's paper will help send the message that citizens are serious about about voting district reform.

We ask that you write it in your own words, but here's a great example of a letter from Jim Howard, a supporter of Open Democracy, that appeared last week in the Concord Monitor, and another from Kent Street Coalition supporter Sally Hatch, to give you an idea of what you can say.

One thing we do ask you include is a request for readers to call and write their state Senator and Representatives. Once you've sent your letter to the papers, make sure to send a copy of it to Governor Sununu, who has signaled that he doesn't think a nonpartisan redistricting commission is necessary. Help him change his mind.

Our democracy partner Equal Citizens has been championing ranked-choice voting this term in the NH legislature. In the coming weeks, an amendment will likely be introduced in the Senate to included ranked-choice voting for the NH Primary. A strategy session will be held this Sunday, April 7, 1-2:30 at New England College, 62 N. Main St. in Concord, followed by a 3 p.m. town hall with presidential candidate Andrew Yang at Concord High School. RSVP for the town hall here.