Earlier this week, Maryland's U.S. Rep. John Sarbanes remarked on the passage of H.R.1, a sweeping democracy bill which included a

“Across the country, Americans of all political stripes feel left out and locked out of their own democracy. When the American people look at Washington, they see big money and special interests that have too much influence over the way that policy gets made – and they want that to change. That’s why I, along with my colleagues, introduced and passed H.R. 1. Every single page of this bill was designed to respect and empower the American people, and to make Washington more responsive to the needs and priorities of the public.”

We can't say the same for New Hampshire. In a week of mixed success for democracy in the NH House and Senate, a vote on SB 304 shows that we in New Hampshire are 100% behind preserving our democracy and getting special interest influence out of politics – provided it doesn't cost any money.

We wonder what one of New Hampshire's favorite sons, Daniel Webster, would have thought about not moving forward a piece of legislation which would empower the average voter and reduce the influence of the 591 people in who donate the majority of campaign funds.

You'll notice that he's not smiling.

The NH Senate Election Law & Municipal Affairs committee took votes on two pending bills this week, including our highest priority, SB 304. Sens. Sherman and Levesque expressed support for the concept of the bill and want to see it moved forward, but would like to see more work on the financing mechanism. Senator Morgan, unaware of the bipartisan sponsors left off the bill by Legislative Services, cited the lack of sponsors. Sens. Birdsell and Gray conceptually oppose the bill.

In the end, the Election Law committee voted 3-2 for a “re-refer,” which retains the bill in committee for further work, to be reconsidered in a small window of 2019 bills in the first few days of January.

This Thursday, the full Senate will vote to confirm the re-refer. With the success of public financing in neighboring states, a national effort underway, and campaign spending increasing since 2008, voters will be looking carefully at Thursday's vote.

In the same executive session, the Senate Election Law and Municipal Affairs committee did move SB 7, a bill to facilitate voter registration during transactions at the Department of Motor Vehicles, such as drivers license renewals new licenses. The 3-2 OTP with amendment vote did not have Sen. Gray's support in the end, as his amendment failed, though he is a proponent of reducing voting day registration lines. Sen. Birdsell felt that the additional burden on an already understaffed department plus IT programming and personnel required was not worth additional voter access.

A number of bills, resolutions and a NH Constitutional amendment have come before the legislature, this session. These bills seek

to overturn the U.S.Supreme Court's Citizens United decision, allowing unlimited spending on campaigns as free speech. HB 504 is the first of these bills to cross over to the Senate after a 200 to 149 division vote. This bill requires specific U.S. Constitutional amendment language, assembles a state committee to hear input from the public, and requires that redistricting not favor one political party over another. HCR 5 , which instructs our Congressional delegation to support a Constitutional amendment overturning the Citizens United decision, is on the NH House floor this Thursday, March 14.

Despite a 16-3 OTP out of committee, CACR 5, which would have allowed 17 year olds who will be eligible to vote in the general election be permitted to vote on that election’s primary, failed to gain the 2/3 majority needed to move a NH Constitutional amendment forward. The vote was 217-151. After a vote to ITL the bill failed, the amendment was tabled and is unlikely to return this session.

CACR 6 proposed expanding absentee ballots to all voters regardless of reason, and was voted 12-7 OTP out of committee. On the floor, the bill has a simple majority 208-158 on a division vote, but again failed to reach the 2/3 supermajority threshhold.

9:00 a.m. SB 206, excluding the cost of lobbying and political activity from the rates of public utilities. Hundreds of thousands of dollars are spent in major efforts like Northern Pass. Rescheduled from last week, this bill proposes that those lobbying costs are not passed on the the consumer. Supported by ODA, recommend OTP

9:00 a.m. EXECUTIVE SESSION ON PENDING LEGISLATION We anticipate the following bills to be voted on in this executive session:

SB 8, the Senate's own version of the nonpartisan redistricting commission. Unlike the House version, the commission is limited to seven members, four members who are not legislators, party leaders, lobbyists or their families. These are appointed by the president of the Senate, the Speaker of the House, and the House and Senate minority leaders. Those members choose the remaining three. Supported by ODA 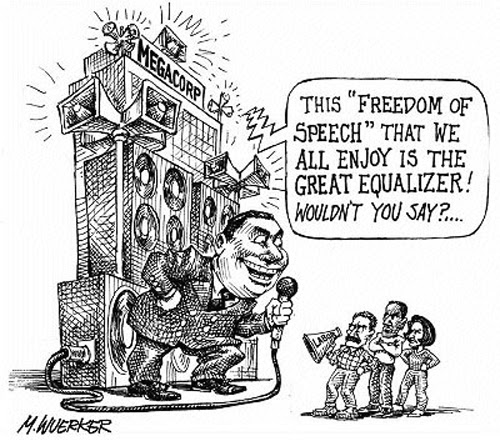 rior to the year 2000, RSA 664 barred “business entities” from making political contributions directly to a candidate. A court case deemed the language in RSA 664 too broad, and the NH Legislators struck the “business entity” language from the law. As a result, for the last 18 years, business donations have not been prohibited to candidates.. SB 155 restores the “business entity” language, and because language of allowing donations to “Segregated Funds” not controlled by the candidates – political action committees – had already be added, the bill is now acceptable to the courts. Important note: If this bill passes, SB 156 becomes moot, as an LLC is a business entity. Supported by ODA, recommend OTP

SB156 relative to political contributions made by limited liability companies. This bill will fix a loophole in current legislation to get around campaign contribution limits. Supported by ODA

10:30 a.m. SB 106, relative to the definition of political advocacy organization and expenditure. This a revision of 2018's SB 33, closing the loophole that allows groups to not to disclose their electioneering expenditures by restricting their advocacy to communications that do not expressly say vote “for” or “against” a candidate. Sponsored by Senator Dan Feltes Co-Authored and supported by ODA

11:00 a.m. SB 67, relative to the definitions of resident and residency. Similar to HB 106, this bill attempts to clarify language regarding domain and residency. It adds the following language to the existing RSA 21:6: “A person who satisfies the definition of residency in this section, but who does not have a current intent to remain in his or her place of domicile or abode for the indefinite future, including  military personnel, a student of any institution of learning, or a person employed for a fixed term, is not a resident for the purposes of Title XXI of New Hampshire's statutes governing motor vehicles.”

HCR 5 Resolution to Overturn Citizens United, was recently heard in the House State-Federal Relations & Veterans Affairs committee, and has

since passed OTP in an 11-7 vote. As noted above, this resolution instructs our Congressional delegation to support a Constitutional amendment overturning the Citizens United decision. Open Democracy Action's Executive Director Olivia Zink testified during the hearing: “96% of Americans believe that unlimited big money has a corrupting and undue influence over our political process. Republicans, Democrats, Independents, most people that we've talked to, do not look at this issue as being right/left or liberal vs. conservative, but rather as a move to put 'We the People' back in charge of our democracy and large, moneyed interests out.”

Supported by ODA. Recommend an OTP with roll call vote.

SB 304-FN-A, The Voter-Owned Elections Act has been recommended by the committee for re-refer, after members concluded that the cost shouldn't be covered by taxpayers. Vote 3-2 for re-refer, and the Open Democracy Action policy committee will continue to work until the bill's return in January 2020 Supported by ODA

SB 305-FN, Similar to SB 7, SB 305 allows voters obtaining or renewing a drivers license to register to vote. Costs associated include the programming of the state systems to enter and store relevant data. The committee voted to re-refer this bill, though SB 7 was voted OTP.

Next sessions for the full NH Senate and full NH House, 10 AM. There are several democracy-related bills being acted on in the session.

OTP = Ought to Pass
ITL = Inexpedient to Legislate

HB 315 Ought to Pass with Amendment, Voice Vote. The full House voted to not allow the NH Secretary of State to share New Hampshire voter data with the controversial Interstate Voter Registration Crosscheck Program. The IVRC is a multi-state initiative started in 2005 to curtail dual voting in states. The program's database has shown to provide inaccurate returns (some reports show as much as 75% to 90% of the time). Eight states have already pulled out of the program.. Supported by ODA through its allies.

HB 504 Ought to Pass, Division Vote, 200-149 Unlike the resolution HCR 5,which directs our Congressional delegation to take action on overturning Citizens United but can't be ratified by the NH Senate, HB 504 requires specific U.S. Constitutional amendment language, assembles a state committee to hear input from the public, and requires that redistricting not favor one political party over another. Supported by ODA.

HB 531 Ought to Pass with Amendment, Voice Vote The House agreed with the Elections Law Committee to expand the definition of who may act as a “delivery agent,” and permits unrelated caregivers to deliver absentee ballots on behalf of voters who reside in nursing homes or assisted living facilities. Supported by ODA through its allies.

HB 593 clarifies what steps must be taken for a NH voter who dies out-of-state to be removed from the voter rolls. Ought to Pass with Amendment, Voice Vote

HB 105 relative to domicile residency, voter registration, and investigation of voter verification. Ought to Pass: 209-155 HB 105 is an attempt to reform last year's HB 372, which put layers of requirements for medium-term residents in order to vote, particularly for students at NH universities and locally-posted military personnel. The Elections Law committee voted 20-0 OTP with amendment in a nonpartisan vote, but the final vote was strictly along party lines. Supported by ODA through its allies.

HB 106 relative to the terms “resident,” “inhabitant,” “residence,”and“residency.” Ought to Pass, Roll Call Vote, 213-154. The definition of “residence” was narrowed in the 2018 HB1264 law. HB106 restores the original language of “for the indefinite future” referring to the principal place of residence. The vote broke along party lines, 12-8. Supported by ODA through its allies.

HB 202 relative to requirements for presidential primary candidates. ITL 291-72 The Election Law committee did not agree that candidates registering for the NH Primary should disclose their tax returns, nor did the full House.