Help us celebrate Doris "Granny D" Haddock's birthday and the 20th anniversary of her epic 3,200-mile walk across the U.S. for campaign finance reform!   T 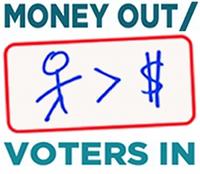 his coming Thursday, January 24, LSR-0882, the Senate's Voter-Owned Elections Act will be unveiled at a free luncheon for legislators and supporters in Granny D's honor at St. Paul's basement, across Park Street from the State House.

Speakers include prime sponsor Sen. Martha Hennessey as well as Doris “Granny D” Haddock in a 2007 video address to NH legislators on public financing. Attending legislators can also pick up a free copy of Granny D's book, “This American Century,” and an ivy offspring from Granny D's own ivy plant. The luncheon begins at noon.

Hearings are expected for the Voter-Owned Elections Act in late January or early February, and your calls, LTEs and hearing attendance will be needed.

We have a slate of important bills this week, two regarding a U.S. Constitutional amendment the overturning Citizens United, and CACR9 a NH constitutional amendment for a permanent nonpartisan redistricting commission.   Your attendance at the ODA Priority Bill hearings and supporting phone calls to legislators would be helpful.

10:00 a.m. HB 202, relative to requirements for presidential primary candidates. HB 202 would require all U.S. Presidential candidates competing in the NH Primary to disclose 5 years of Federal Tax Returns to be on the ballot.

11:00 a.m. HB 440, relative to disclosure of federal tax information as a condition of eligibility for federal office. Similar to HB 202, HB 440 requires three recent years of returns and a consent to make the information public with the exception of key personal information. This information would need to be available 50 days prior to the election.

1:00 p.m. CACR 9, relating to redistricting. Providing that an independent redistricting commission shall be established to draw boundaries for state

and federal offices. This NH constitutional amendment resolution proposes a permanent, non-partisan redistricting commission, and goes to great lengths to outline who can serve on the commission.   This is a complex bill which requires a close reading of the text.   Supported by ODA. Your calls and letters to the Election Law committee members are needed.

10:00 a.m. HCR 5, requesting the United States Congress to propose a constitutional amendment to reverse the ruling of the United States Supreme Court in Citizens United v. Federal Election Commission. Note: There are four other unrelated HCRs being heard in this committee that day at unspecified times. Be prepared to be patient! Attend the hearings or call the members of the committee!

HB 486, relative to department of corrections procedures concerning the requirement for restoration of the voting rights of felons.

10:30 a.m. HB 441, relative to disclosure of the source of legislative bill proposals and the disclosure of certain information by lobbyists.

Unlike the resolution HCR 5,which directs our Congressional delegation to take action on overturning Citizens United but can't be ratified by the NH Senate, HB 504 requires specific U.S. Constitutional amendment language, assembles a state committee to hear input from the public, and requires that redistricting not favor one political party over another. Supported by ODA: Attend this hearing, then go to the Granny D Luncheon after. Can't come? Call or write to the Legislative Administration committee members!

This week's hearing on HCR 5 in the House State-Federal Relations & Veterans Affairs committee. This resolution instructs our Congressional

delegation to support a Constitutional amendment overturning the Citizens United decision. Testifying for Open Democracy Action were Executive Director Olivia Zink and volunteer Joe Magruder. Zink told the committee, “96% of Americans believe that unlimited big money has a corrupting and undue influence over our political process. Republicans, Democrats, Independents, most people that we've talked to, do not look at this issue as being right/left or liberal vs. conservative, but rather as a move to put 'We the People' back in charge of our democracy and large, moneyed interests out.”  Supported by ODA

While LSR 882 language has not been posted to the legislature's website, we have posted the version submitted as the LSR last week here.

This bill uses Public “Voter Dollars” to fund qualified candidates who agree to a cap of $250 donations from private donors. Voters will be able to direct their four $25 Voter Dollars certificates to the qualified state candidates of their choice. The first step proposes using Voter Dollars for the governor and executive council races in 2022. Such a system reduces the influence of affluent donors who may or may not represent special interests. Expect hearings on this bill in late January or early February.

LSR 2019-0988 relative to political contributions made by limited liability companies. This bill will fix a loophole in current legislation to get around campaign contribution limits. A similar bill was defeated in 2018, but faces a more receptive legislature in 2019. Sponsors Senators Dan Feltes, Martha Hennessey, & Melanie Levesque, and Represenative Sandra Keans.

LSR 2019-0982 relative to the definition of political advocacy organization and expenditure. This a revision of 2018's SB 33, closing the loophole that allows groups to not to disclose their electioneering expenditures by restricting their advocacy to communications that do not expressly say vote “for” or “against” a candidate. Sponsored by Senator Dan Feltes Authored and supported by ODA

HB 297, relative to political advertisements on behalf of political committees or advocacy organizations. This bill patches an existing RSA by requiring the advertiser's name on the sign or flyer to the same one on file with the SOS's office. Sponsored by Steven Smith and William Marsh. Supported by ODA

HCR 5 A resolution requesting the United States Congress to propose a constitutional amendment to reverse the ruling of the United States Supreme Court in Citizens United v. Federal Election Commission. ODA has been advised that there are three such bills, one bill in the House, one bill coming from the Senate, and this resolution. You may recall that Open Democracy's New Hampshire Rebellion activists successfully passed a resolution three years ago in 85 towns plus the city of Keene calling for this action. There are two other proposed bills, not resolutions, working through the legislature as well. This bill is sponsored by Representatives Kat McGhee and Peter Petrigno from Hillsborough County.

HB 504, relative to election-related amendments to the United States Constitution.

Unlike the resolution HCR 5,which directs our Congressional delegation to take action on overturning Citizens United but can't be ratified by the NH Senate, HB 504 requires specific U.S. Constitutional amendment language, assembles a state committee to hear input from the public, and requires that redistricting not favor one political party over another. Prime sponsors are Ellen Read, Martha Fuller Clark, Edward Butler, Timothy Smith, William Pearson, Ivy Vann, and Joseph Guthrie. Supported by ODA

HB519 relative to selection of delegates to an Article V convention. Prior to a U.S. Constitutional Convention being convened, this bill establishes guidelines for who shall represent New Hampshire at that convention. Delegates carry out both a state and federal government role, and have substantive power. As a result, democracy advocates have been wary about unintended consequences of a Constitutional Convention if delegates are not impartial, or who don't carry out the instructions of the legislature.

LSR 2019-0984  excluding the cost of lobbying and political activity from the rates of public utilities. Hundreds of thousands of dollars are spent in 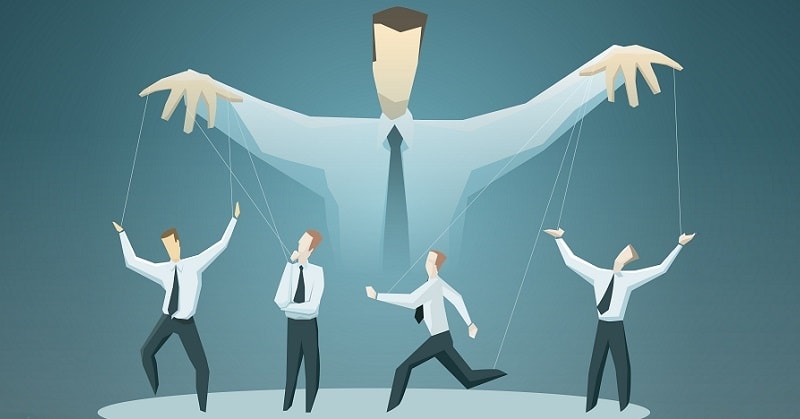 major efforts like Northern Pass. This bill proposes that those costs are not passed on the the consumer. Sponsored by Senators Dan Feltes and Martha Fuller Clark, and Reps. Erin Hennessey and David Luneau.

HB 152, increasing the threshold for reporting by political committees. HB 152 is attempting to raise the limit at which a donation must be disclosed by a political committee to the NH Secretary of State's office from $25.00 to $100. In our opinion, this makes campaign funding less transparent. Sponsored Reps. Jess Edwards , Max Abramson, Timothy Lang, Dave Testerman, Sean Morrison, Peter Torosian Opposed by ODA

HB456 -FN relative to persons required to register as a lobbyist. This bill removes the exception from required lobbyist registration for certain communications by an employee on behalf of his or her employer. Sponsored by Marjorie Smith , Martha Fuller Clark, Daniel Eaton, and Mary Heath.

We have two Redistricting bills this term, one which addresses the creation of a nonpartisan redistricting commission. One bill establishes a commission in the near term. The other, a proposed NH Constitutional amendment, aims to enshrine that commission as a permanent body for the state.

HB706 establishing an independent redistricting commission. This extensive & complicated bill lays out a plan for a commission to convene every 10 years, comprised of selected citizens who are not highly political. It excludes political party leaders, lobbyists, big donors, but does have equal numbers of the two largest parties (1/3 + 1/3), as well as an equal share of smaller parties and independents (1/3). Similar to a jury selection process, it begins with a pool of 60 commission candidates, then is whittled down to 15, while maintaining the same 1/3 ratios. Should the redistricting plans fail to be adopted by the House & Senate, the NH Supreme Court would intervene. Bill sponsors include Rep. Marjorie Smith, Sen. Martha Fuller Clark, Rep. Marjorie Porter, Rep. Paul Berch, Rep. David Danielson, Rep. Karen Ebel, Rep. Edward Gordon, Rep. Jerry Knirk, and Sen. Shannon Chandley. Supported by ODA

CACR 9 Establishes a redistricting commission comprised of seven members of the public, one each by appointed by the president of the NH Senate, speaker of the NH House, House minority leader, and Senate minority leader. The remaining three would come from an application process and would be elected by the other four. Sponsors include Reps. David Doherty , Marjorie Smith, James Belanger, Marjorie Porter and David Huot, and Senator Jeanne Dietsch. Supported by ODA