“A hundred dollars doesn't influence anyone.”

That testimony was given this week in the NH House Election Law committee by a NH state representative in favor of HB 152, which is attempting to raise the threshold from $25.00 to $100 at which a donation must be disclosed by a political committee to the NH Secretary of State's office. But consider this: What if  . . . a business or special interest pressures employees to make individual undisclosed $99.00 donations? Those small donations could add up to big influence. Open Democracy Action testified against this bill, citing the lack of transparency. We'll report on the committee's vote in the weeks to come.

Another bill we were active in this week was HB 297, which patches an existing RSA by requiring the advertiser's name on the sign or flyer to match the one on file with the SOS's office. Thanks to new NH State Representative Brodie Deshaies (R) from Wolfboro, who testified about the dangers of Dark Money hiding behind shell organizations. ODA's Olivia Zink testified in favor of the bill and brought in examples of political mailers for the committee to review. Zink told legislators that a similar significant issue – though not addressed in this bill -- are the groups which do not register with the Secretary of State at all, groups which face few state or federal consequences when violating the law.

10:00 a.m. CACR 5, relating to the right to vote. Providing that 17-year-olds who will be eligible to vote in the general election be permitted to vote on that election’s primary election.
10:30 a.m. HB 242, relative to special elections.
11:00 a.m. HB 315, repealing the authority to share voter information or data with other sites.
1:00 p.m. HB 202, relative to requirements for presidential primary candidates.    HB 202 would require all U.S. Presidential candidates competing in the NH Primary to disclose 5 years of Federal Tax Returns to be on the ballot.
1:30 p.m. HB 147, relative to appeals from recounts.
2:00 p.m. CACR 6, relating to elections. Providing that any inhabitant who so desires may vote by absentee ballot in primary and general elections.   NH currently has strict rules as to who may, and may not, vote via absentee ballot.   This bill relaxes those rules.

2:00 p.m. HCR 5, A resolution requesting the United States Congress to propose a constitutional amendment to reverse the ruling of the United States Supreme Court in Citizens United v. Federal Election Commission.  ODA has been advised that there are three such bills, one bill in the House, one bill coming from the Senate, and this resolution.   You may recall that Open Democracy's New Hampshire Rebellion activists successfully passed a resolution three years ago in 85 towns and the city of Keene calling for this action.  Your voice is being heard!

10:00 a.m. HB 429, establishing a committee to study ways to improve civic engagement in New Hampshire.     As you may remember, Open Democracy published the Open Democracy Index in 2016 which measured civic engagement in NH to a mixed result.  We support the creation of this committee.   Supported by ODA
10:30 a.m. HB 431, relative to election officers at additional polling places.
11:00 a.m. HB 452, establishing a commission on the first-in-the-nation presidential primary
1:00 p.m. HB 374, prohibiting certain state officers from forming political action committee
1:30 p.m. HB 408-L, relative to postponement of town meetings and local elections.

10:00 a.m. HB 202, relative to requirements for presidential primary candidates.  HB 202 would require all U.S. Presidential candidates competing in the NH Primary to disclose 5 years of Federal Tax Returns to be on the ballot.

11:00 a.m. HB 440, relative to disclosure of federal tax information as a condition of eligibility for federal office.  Similar to HB 202, HB 440 requires three recent years of returns and a consent to make the information public with the exception of key personal information.   This information would need to be available 50 days prior to the election. 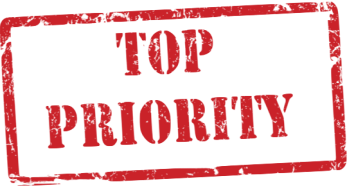 The “Voter-Owned Elections Act” has been making the rounds with senators prior to being posted as a bill, and members of our ODA policy committee are visiting with each senator.   Early indications are favorable, but the language is still being tweaked.

As mentioned last week, this bill uses public “Voter Dollars” to fund qualified candidates who agree to a cap of $250 donations from private donors.   Voters will be able to direct their four $25 Voter Dollars certificates to the qualified state candidates of their choice.  The first step proposes using Voter Dollars for the governor and executive council races. Such a system reduces the influence of affluent donors who may or may not represent special interests.

LSR 2019-0988   relative to political contributions made by limited liability companies.  This bill will fix a loophole in current legislation to get around campaign contribution limits. A similar bill was defeated in 2018, but faces a more receptive legislature in 2019. Sponsors: Senators Dan Feltes,  Martha Hennessey, & Melanie Levesque, and Representative Sandra Keans.

LSR 2019-0982  relative to the definition of political advocacy organization and expenditure. No text yet on this bill. Sponsored by Senator Dan Feltes

HB 297, relative to political advertisements on behalf of political committees or advocacy organizations. This bill patches an existing RSA by requiring the advertiser's name on the sign or flyer to the same one on file with the SOS's office. Sponsored by Steven Smith and William Marsh. Supported by ODA

HCR 5  A resolution requesting the United States Congress to propose a constitutional amendment to reverse the ruling of the United States Supreme Court in Citizens United v. Federal Election Commission. ODA has been advised that there are three such bills, one bill in the House, one bill coming from the Senate, and this resolution. You may recall that Open Democracy's New Hampshire Rebellion activists successfully passed a resolution three years ago in 85 towns plus the city of Keene calling for this action. There are two other proposed bills, not resolutions, working through the legislature as well. This bill is sponsored by Representatives Kat McGhee and Peter Petrigno from Hillsborough County. Open Democracy is waiting to see the language of another LSR calling for the overturning of Citizens United from Reps. Ellen Read , Edward Butler, Timothy Smith, William Pearson, Ivy Vann and Joseph Guthrie.

LSR 2019-0984 (No Bill #) excluding the cost of lobbying and political activity from the rates of public utilities. Hundreds of thousands of dollars are spent in major efforts like Northern Pass. This bill proposes that those costs are not passed on the consumer. Sponsored by Senators Dan Feltes and Martha Fuller Clark, and Reps. Erin Hennessey and David Luneau.

HB 152, increasing the threshold for reporting by political committees. HB 152 is attempting to raise the limit at which a donation must be disclosed by a political committee to the NH Secretary of State's office from $25.00 to $100. In our opinion, this makes campaign funding less transparent. Sponsored Reps. Jess Edwards , Max Abramson, Timothy Lang, Dave Testerman, Sean Morrison, Peter Torosian. Opposed by ODA

HB456 -FN relative to persons required to register as a lobbyist. This bill removes the exception from required lobbyist registration for certain communications by an employee on behalf of his or her employer. 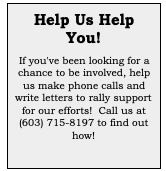 We have two redistricting bills this term, one which addresses the creation of a nonpartisan redistricting commission. One bill establishes a commission in the near term. The other, a proposed NH Constitutional Amendment, aims to enshrine that commission as a permanent body for the state.

CACR  9 Establishes a redistricting commission comprised of seven members of the public, one each by appointed by the president of the NH Senate, speaker of the NH House, House minority leader, and Senate minority leader. The remaining three would come from an application process and would be elected by the other four. Sponsors include Reps. David Doherty , Marjorie Smith, James Belanger, Marjorie Porter and David Huot, and Senator Jeanne Dietsch. 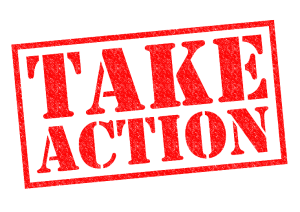 Legislators, have lunch with us and learn about publicly-funded elections! ODA supporters, invite your legislators to attend with you! We'll be honoring Open Democracy founder, Doris “Granny D” Haddock's legacy by bringing legislators up to date on proposed democracy legislation this term, and introducing the Voter Dollars bill, which helps keeps power in the hands of the voters. The event will be held on Thursday, January 24 at St. Paul's Church. The lunch is free and will start immediately following the lunch recess.