The purpose of HB 320 is to make use of modern computer technology to draw state and federal voting district boundaries in New Hampshire that are free of political bias. In my view, such an innovation is long overdue.

The maps that follow contrast current district boundaries with those generated by one of a number of computer algorithms that have been developed for this purpose (see http://bdistricting.com/2010/). The first example is North Carolina, probably the most extremely gerrymandered state in the country. As you can see, the computer-generated map produces much more compact districts. 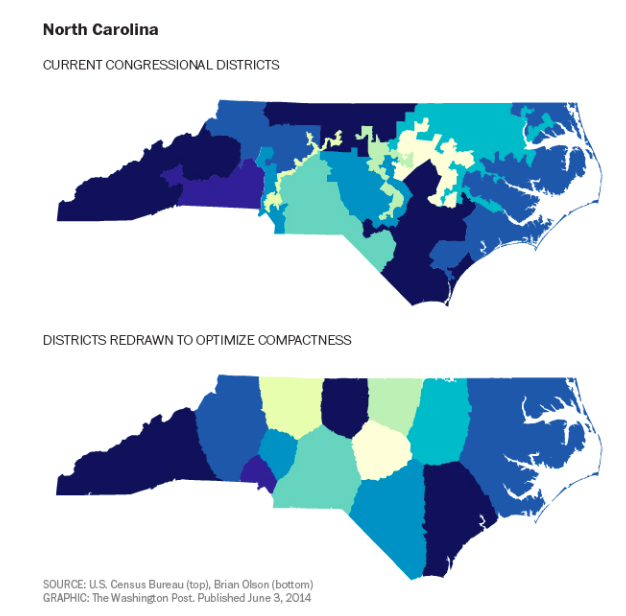 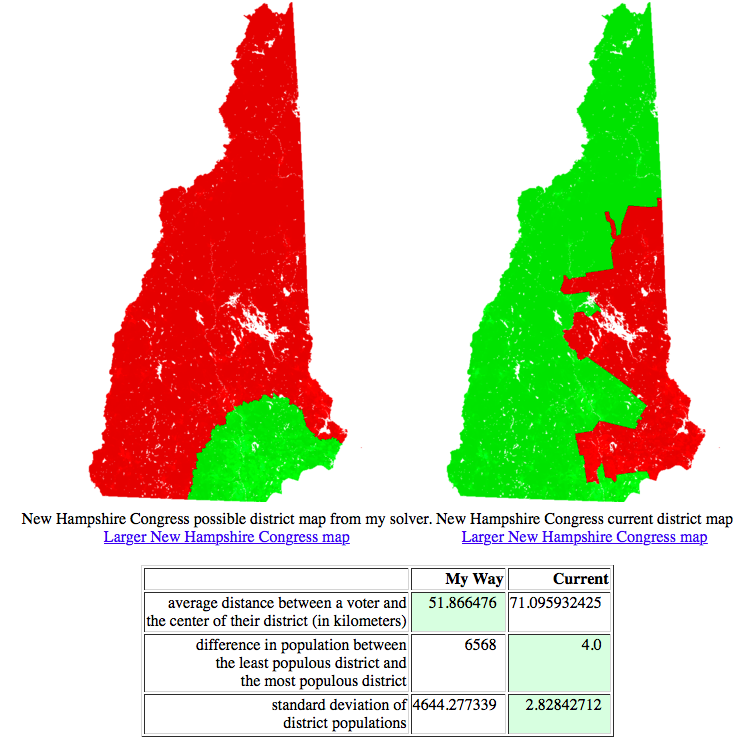 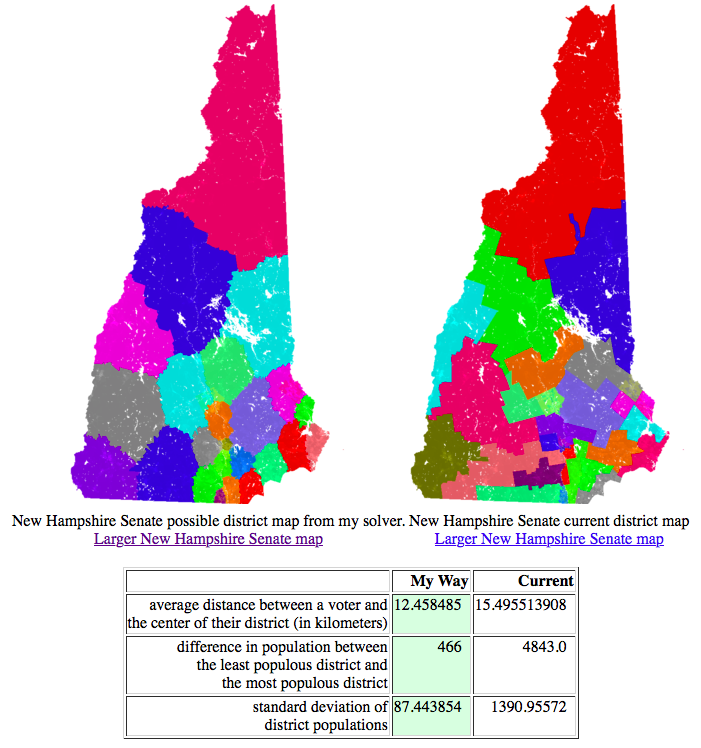 Technological purists would likely advocate for redistricting strictly by computer. I'm not a purist, however. There are certain to be idiosyncratic variables, particularly those defining communities, that current algorithms won't account for. My preference is for an independent redistricting commission that uses computer technology to generate initial maps, makes those maps available for public scrutiny, then creates sensible allowances free from political implications.