Take part in public "listening sessions" by the NH House and NH Senate around the state.   One hearing is being held before the maps are drawn, and we're 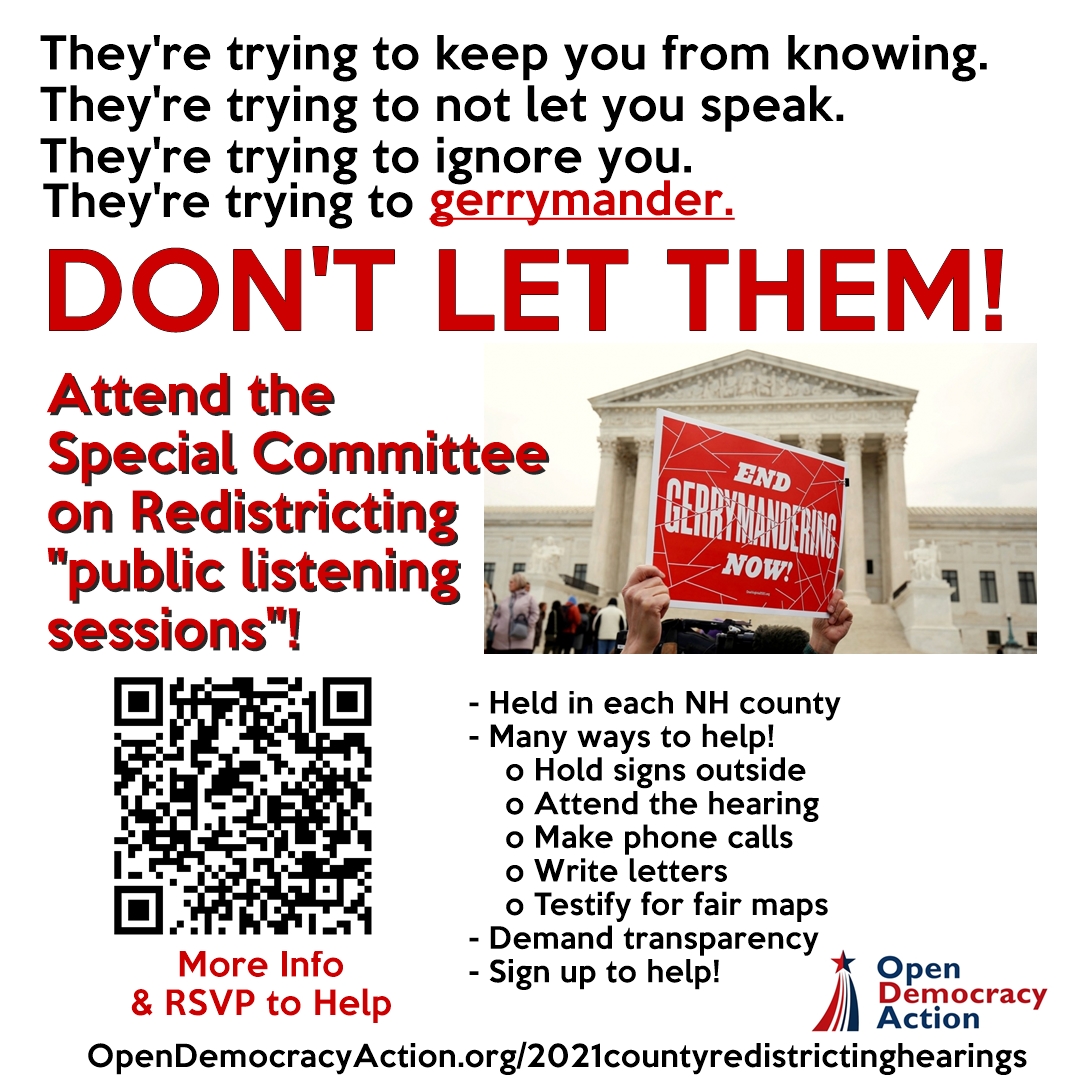 advocating for a second round of hearings for the public to analyze the finished maps.   Why?  Because we're suspicious of anti-voter faction members within the committee who may be scheming a gerrymandered Congressional district map.

Get involved!  Speak up!

Please check your e-mail for a link to activate your account.
Tweets by OpenDemoAction
Subscribe with RSS