"20th for the 28th" Rally and Press Conference 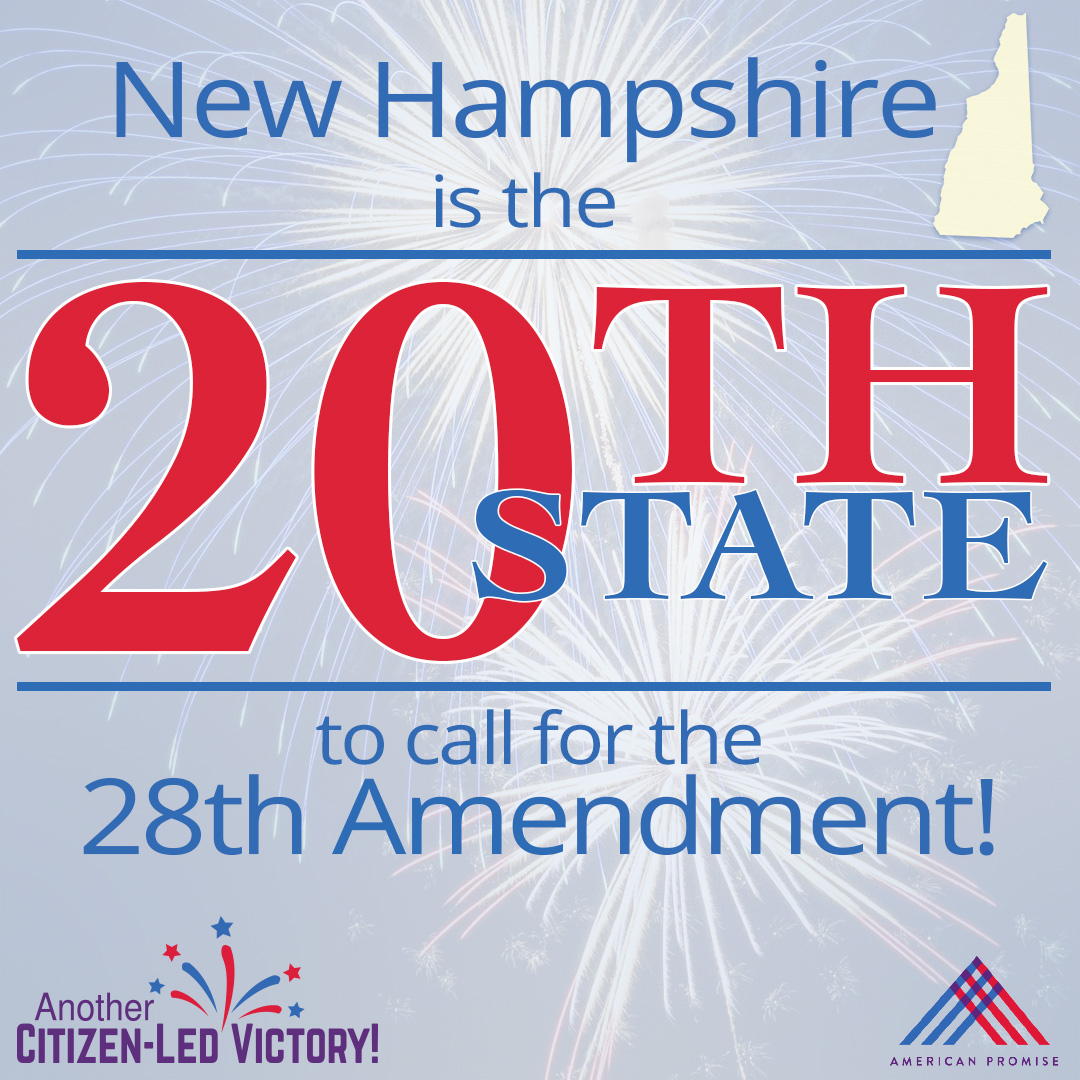 New Hampshire Becomes the 20th State to Call for a

Join Open Democracy Action and its allies from American Promise, NH Voters Restore Democracy, and Fix it America, on September 16th, noon for a celebration of becoming the 20th state to call for a 28th Amendment to the U.S. Constitution to help neutralize the Citizens United decision and Big Money politics.

YOU ARE INVITED - PLEASE RSVP BELOW!

The rally and press conference will be in the front of the State House in Concord, weather permitting, followed by refreshments at the Open Democracy Action offices at 4 Park Street, Suite 301, right across the street.

This is a bipartisan event, and our Congressional delegation has been invited to participate.

We will have signs for you to hold, and for those who did town warrant articles among the 82 towns which signed on, you'll have an opportunity to speak, along with our dignitaries.

We suggest parking at the North State Street Parking Garage.  Note your space number and pay at ground level with quarters or credit card.

Well done, all!  Let's take a moment to celebrate this victory for New Hampshire, and a victory for American voters!